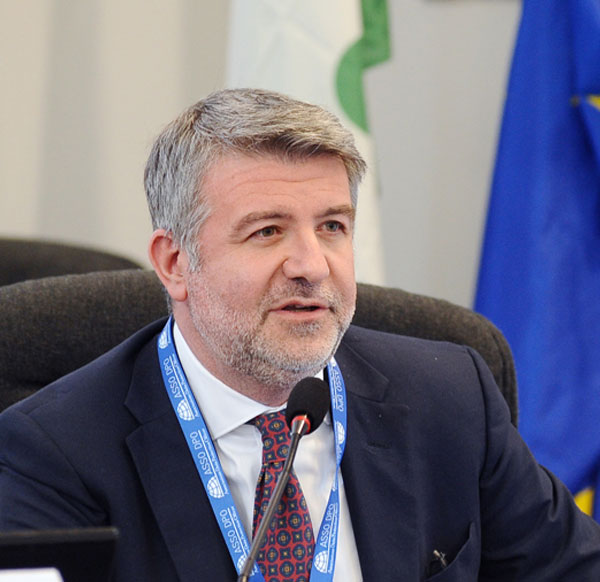 He is an independent researcher, an activity that he cultivates through the publication of articles, essays, books, papers, frequently attending international conferences on Data Protection, Privacy, Blockchain, Security and the Internet of Things (IoT).

In 1994 he founded the Fabiano Law Firm.

From 2008 to 2010 he was external consultant – in the fields of personal data protection and computer security – to some European projects (including, Safer Internet Program Plus, Easy to Stop-it – EAST, Youth Protection Roundtable – YPRT).

In the years 2009-2010 he was part, on behalf of the Italian node of sensitization in the European project “EAST2 – Easy to Stop-it”, of the Task Force convened by the European Commission and is “contributor” of the document “Safer Social Networking Principles for the EU “officially presented in February 2009 in Luxembourg.

In 2009 he began to deepen the theme of Internet of Things (Internet of Things – IoT) and on December 4, 2009 in Brussels participates, with an intervention on “legal issues” related to privacy and information security, to the event of establishment of the Council of the Internet of Things. Continuing the deepening of IoT he is involved as a member of the Advisory Board of the European project “Bottom Up selection, collection and management of URBAn waste” (BURBA) and as member of the “External Member Group” (EMG) of the European BUTLER project .

In 2015 he was appointed member of the Working Group of the Italian Foundation for Forensic Innovation “(FIIF) of the National Forensic Council (CNF).

He won the course on “Data Protection and Privacy Rights” promoted by the Council of Europe in collaboration with the National Forensic Council (CNF).

Since 2017 he is a member of the international working group “IEEE SA P7007 Ontological Standard for Ethically Driven Robotics and Automation Systems Working Group” in which he is chair of the “Data Privacy and Protection” sub-group.

In 2017 he was appointed by the Internal Affairs Secretariat of the Government of San Marino for the drafting of specific legislation on the protection of personal data in the State.

Since 2018 he is a member of the scientific committee and teacher of the “Advanced training course on personal data protection – Data Protection Officer (DPO)” organized by the National Forensic Council (CNF) and the National Council of Engineers (CNI), with sponsorship of the Guarantor for the protection of personal data.

Holder of the “European Transparency Register” Working Group of the Italian Delegation of the CNF at the CCBE;

Member of the Blockchain Technical Table of the Scientific Committee of San Marino Innovation, an institutional body 100% owned by the excellent Chamber of the Republic of San Marino, a company that represents the State.

He is a member of the Technical Committee of “The Tenth International Conference on Evolving Inter-net” – INTERNET 2019, which will be held from 30 June to 4 July 2019 in Rome and is Reviewer for the international scientific journal “Advances in Science, Technology and Engineering Systems Journal (ASTESJ) “.

He is a member of the Program Committee of “The 10th International Multi-Conference on Complexity, Informatics and Cybernetics: IMCIC 2019”, March 12-15, 2019 – Orlando, Florida, USA.

Teacher of the “Foundations of the law on the protection of personal data” at the Italian headquarters of the University of Ostrava in Rome.

Winner of numerous awards as a “Law Firm of the Year” on personal data protection.